Big news!! I’m at the halfway point. I’ve brewed 10 batches of beer so far. Thats a whopping 500 bottles of beer. There have been a lot of “aha” moments and a lot of learning. I’ve tried some new ingredients, techniques, and beer styles. Unfortunately, not all have been complete successes as far as end result, but I’ve not made any undrinkable beer either. Not to mention, the things I’ve had to look up as a result are things that I wouldn’t have otherwise known to look up. So there you go. I’m learning too. 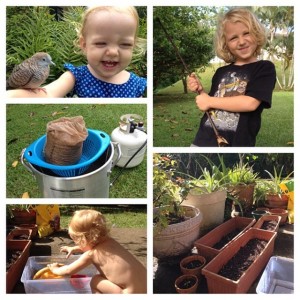 One thing that I’ve learned is to always double check everything. I’ve made a few batches that seemed to be “stuck” fermentation. I went back and checked my notes for all the fun things that could have been problematic; aeration, yeast cell count, fermentation temperatures, mash temperatures, and gravity predictions and readings (maybe i calculated wrong). Though I couldn’t find the problem, I carried on. The resulting beers were heavier, sweeter, and extremely full bodied beers. I won’t mention which ones. It wasn’t until I later heard a podcast from The Brewing Network on mash temperatures that I started to realize what was happening. The reason my wort wasn’t getting full fermentation was because the sugars produced by my mash were not fermentable by the yeast. Hence the sweeter beers. I re-checked my log and it clearly stated that I mashed at 152˚F. So I checked my thermometer against another thermometer. Turns out, the one I was using to measure my mash was reading 15˚ F higher than the actual temperature. This meant I was actually mashing at 162˚ F. It’s a wonder I had any fermentation at all. I replaced my thermometer and I was back in business. Thanks Brewing Network.

All-in-all, I’ve had a really good experience so far. I’m extremely pleased with what I’ve learned thus far as well as the quality of beer I’ve been able to produce. I have batch 11 already under way. With the months ahead, I don’t foresee anything that would keep me from meeting my goal short of buying a new home.